The Consulate opened its new office in September 2020 and has three key functions, support for the Irish community and consular service, trade facilitation and the further promotion of strong bilateral relations between British Columbia and Ireland.

Formerly a chemistry teacher Frank has worked in the Department of Foreign Affairs since 1995 on the trade, peace process and humanitarian aid sectors. His assignments include a secondment to the United Nations Development Programme in Ethiopia, Belfast and as Vice Consul in Boston. Before coming to Vancouver with his wife Orla Ní Bhróithe, Frank was Ireland’s Ambassador to Estonia. He has a Master’s Degree in Career Guidance and Education (TCD) and a Master’s Degree in Applied Environmental Science (UCD). He has three children, Ríona, Fergal and Breandán and two lovely granddaughters Clíodhna and Caoilinn.
Speaking At
Ireland/British Columbia Partnership Day
LinkedIn
https://www.linkedin.com/in/frank-flood-84528718/
Twitter Handle
@IrlinVancouver 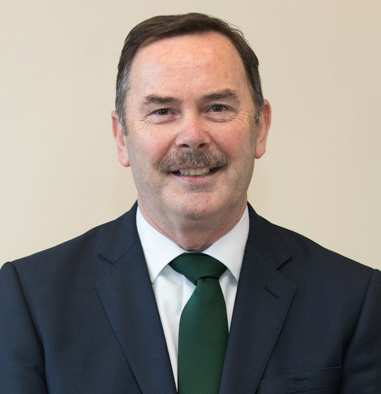